Concord In The News 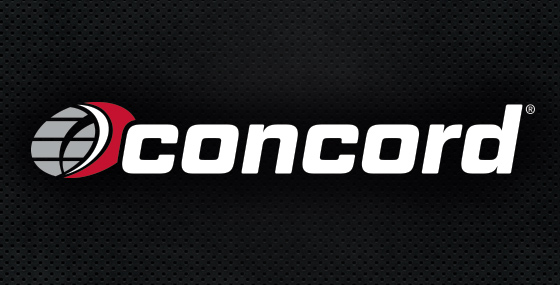 Amity Air Drills and Carts Are Returning to the Concord Brand

Beginning with the model year 2020, we’re changing the Amity brand of seeding tools to the Concord brand. Not all of you may remember, but the Concord name is associated with the original development of air seeding technology. Our team has always been inspired by the unique, innovative concepts of the original Concord, which was a legend in seeding. Even though we’ve developed many new products and technologies since the Concord name went away, we continue to stay true to its legacy. And that’s exactly why we’re reintroducing the brand.

The History of Concord

Concord, Inc. was founded in 1977 by Howard and Brian Dahl, who led the introduction of air seeding equipment into the North American marketplace, as well as internationally. Its products were instrumental in helping producers seed and fertilize small grains and oilseed crops on increasingly large acreage versus traditional box drills. Concord was the first to manufacture an air drill with row-by-row packing and precision depth control, the first to put down fertilizer below the seed at the same time as planting, and the first to build a machine that could change seeding and fertilizing rates on the go.

In 1996 Concord was sold to Case Corporation, but the remaining assets and staff were used to launch Amity Technology. Since then, Amity Technology acquired Fargo Products, an air seeder and cart manufacturer, in 2007 and entered into a joint venture with AGCO in 2011. Over the years, the Amity lineup has continued to expand its product offering to include single- and double-disc drills, air till drills, precision shank drills, and a line of air carts with up to three tank compartments and capacities up to 525 bushels. The brand has continued to lead the way in the development of new air seeding technologies as well, such as section control, curve compensation, relative flow monitoring and more. 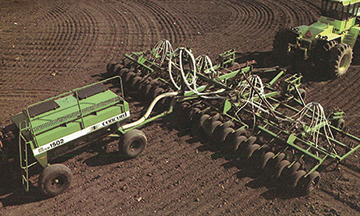 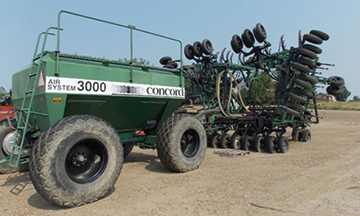 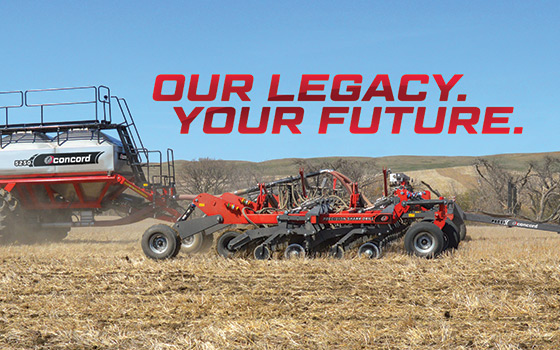 Our Legacy. Your Future.

Even though we’re going back to the Concord name, our eyes remain on the future of farming. It’s why you’ll notice our new theme, “Our Legacy. Your Future.” That means you can rest assured in our continued efforts to help you seed faster, fertilize with greater precision, improve crop stands, raise yields, reduce equipment maintenance and maximize return on investment. And you can count on our strong tradition of factory-level support and our goal of achieving complete customer satisfaction, just as you always have.

Concord equipment will be sold and serviced throughout the current Amity seeding established dealer network. Owners of existing Amity-branded equipment will continue to receive full support through Concord dealers and the brand’s headquarters.

If you have any questions, please visit your local dealer or contact us.